Being As the People in Order to Win Them 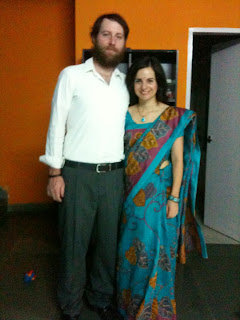 For the most part this is not what I experienced growing up in church or Christian school. I most often remember hearing that we are in the world, but not of the world, which led many to conclude we should physically look completely different and not associate in anyway with the world. Some Christian groups have taken this so far that they have created a legalistic bubble that is scary and cultish looking at times.

It is funny that as one in cross-cultural ministry I am almost expected to be as the people I am trying to reach, but often in the church in the West we ignore this principle. Somehow many churches have missed this example given to us by Paul.

The last two years for me this concept has come in many forms in order to be as the people in order to win the people. I will always stick out and never be a true insider, but the effort is noted by the people and makes the gospel more accessible to the people.

How about you in your context? Are you surrendering your own rights in order to reach your community? This is no easy task as Americans we like our individualism and freedom, but you have to ask yourself if Jesus and the gospel is worth it? If your answer is yes then become as the people in order to win the people.
Posted by Matthew Boyd at 12:00 AM